Is Your Child Ready for Kindergarten? 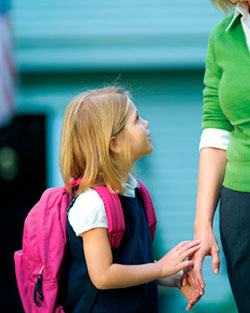 As spring temperatures soar, school doors open and send swirling masses of children to joyfully fill the playgrounds. Invariably, their parents wonder: Where did the year go? But for some parents of young children not yet in school, this season brings with it the creeping anxiety of knowing a big decision lies ahead: Should my child go to kindergarten next year? Is he or she ready for school? Am I ready to send them?

“When you are a parent, there are hard parts, there are turning points,” explains Amber Bock, Assistant Superintendent of Weston Public Schools. “Parents feel that the age of entry to kindergarten is one of those moments.”

Complicating matters are the hushed discussions over coffee, the shared stories of what others are deciding, the conventional wisdom passed through playgroups that is hard to ignore. It’s a topic everyone’s heard about and may have strong feelings about: Redshirting.

Redshirting is the term used for holding a kindergarten-eligible child out of school an extra year, giving them time to grow and mature. It comes from the athletic term to “redshirt” a player, or sit a college athlete out of games for a year to improve their skills without losing eligibility. When applied to academics and children, it’s an annual cause of angst and misperception. Some parents worry that the number of children starting kindergarten at an older age is growing, giving an unfair disadvantage to those who are bigger and more developed. Others may hope that by waiting an extra year, their child will have a permanent edge.

Nationwide studies have shown that six to nine percent of children are voluntarily delayed entry to kindergarten by a year. When it comes to our area, however, the numbers may be lower. In 2006, Bock (then Principal of Hardy Elementary) teamed up with the late Ellen Cunniff, Principal of Sprague Elementary, to explore this very issue.

“People were generalizing that there was something going on and all the kids were getting older and the younger kids were really younger,” explains Bock.

But the team’s findings did not support the talk around town. In the Fall of 2005, less than four percent of those entering kindergarten (15 out of 395 children) had been held out from the prior year. And 57 of the kindergarteners were “young” with summer birthdays. According to Bock, this snapshot look at enrollment ages was consistent with what they found through the years.

The experience of David Wilkins, Principal of Schofield Elementary, confirms these figures. “In the mix in a given year, I might have three or four conversations with parents when the specific question is age. Of these, maybe one or two a year don’t come.”

Anecdotally, it appears that certain schools or neighborhoods buck the trend, as one hears of specific grades where a larger-than-average number of kindergarteners are delayed. Such statistical blips make sense, however, given that parents may navigate fairly confined waters, turning to one another for knowledge and advice. One point that educators consistently make, however, is that every family decision should be an individual one. “I encourage people to look outside the nucleus of their own experience. Right now their kids are in the baby pool. There’s a whole big pool out there,” says Bock. “Everyone has their own journey with this.”

Bella Wong, Superintendent of Wellesley Public Schools, agrees. “It’s a personal decision, and it’s not a big deal either way.”

Wong is right. Large-scale studies following children through the elementary years have found neither strong benefits to being old for a grade nor disadvantages to being young. A 2006 study by the U.S. Department of Education showed that children who delayed entry to kindergarten demonstrated slightly higher reading knowledge by the end of first grade than those who started on time, but math skills that were slightly behind. Research by the National Institute of Child Health and Human Development in 2007 found that the impact of age of entry paled in comparison to other aspects of children’s family and child-care experiences. That study found a “modest but temporary advantage for older children. Moreover, there is no evidence that children who enter school at younger ages gain less from early school experience than children who begin at an older age.” Studies have even found that old-for-their-grade adolescents are at greater risk for behavioral difficulties. 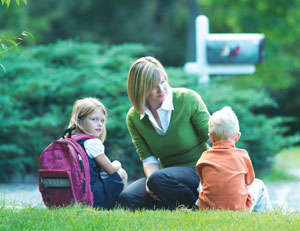 Roberta Maguire has taught kindergarten and first grade in Wellesley for almost 17 years. She does not find that more children are being delayed than in the past, but rather that more parents are thinking about whether to do so. “Parents today just want to do the perfect job. Not to say that they haven’t always wanted to do the perfect job,” she laughs. “But I think 20 years ago, parents didn’t even think about it. Now we’re really looking at our kids and wanting for them to have the best situation.”

One reason parents take this decision more seriously is that kindergarten has become more rigorous. “Elementary school across the board has become more structured in its curriculum, so it might feel more academic,” says Bella Wong. “The goals are more clearly targeted, which might make it feel more focused and academic. “

Despite increased academics, kindergarten is geared to serve a broad spectrum of abilities. “In our Wellesley public schools K-5 program, we know we are going to embrace kids with a wide range of academic skills,” says David Wilkins. “Our curriculum is designed with that in mind, so you don’t need to worry that your child will be okay.”

Some parents fear that their younger child will pale in comparison to those older by a year or more. This concern is not borne out in the research, nor is it confirmed by those in the trenches.

“There’s chronological age, social age, academic age. There are so many facets to each child,” says Maguire. “I take the kids for who they are, not how old they are. You’ll have immature older children and very mature younger children.”

For some, delaying a child is the right thing to do. Wong says it would never make sense to require starting school by a certain date. “There could be family events, family changes, a move, a premature birth,” she explains. “You wouldn’t want to preclude people from having that choice.”

For parents concerned about issues of age and readiness, talk with your child’s pre-school teacher as well as your elementary school principal. Bock also encourages self-reflection: “Why are you asking the questions? Where is the question coming from? Is it because you hear you should think about it, or is it because you have that particular Mom or Dad worry?”

Says Wilkins: “What [parents] really should be worried about is are they ready maturation wise? Can they separate? Can they sit in a group? Can they play with peers? That sort of thing.”

While anxiety and concern are to be expected during a time of decision-making, parents’ perception that older is better is often beside the point.

“Children need some latitude to both grow and learn with their bodies and minds. Let’s enjoy that process. I mean, it’s just kindergarten!” says Maguire. “We teach our kids along the way to cope and learn strategies so they can fit into any situation. That’s our job as parents and educators.”