The Cambridge School of Weston (CSW) is pleased to present Evelyn Davis-Walker—House + Wife Revisited, on exhibit from December 17, 2018 through March 15, 2019 in the school’s Thompson Gallery, located in the atrium of the Garthwaite Center for Science and Art, 45 Georgian Road Weston, MA 02493.

A gallery talk is scheduled for Saturday, February 9, 2019 from 1pm to 2pm, and the artist will be in Residency at CSW between February 25 and 26, 2019. A reception for Davis-Walker will be held on Tuesday, February 26, 2019, from 4pm to 7pm. The second show in the Circulus Retro (Circle Back) exhibition series presents Evelyn Davis-Walker’s assisted readymades installation, which converts the Thompson Gallery into a 1940s home, replete with period objects littered with collages that critically explore advertisement imagery. “My work is predicated on images that were geared toward people of the 1940s, 50s and 60s,” the artist said.

Trained in the graphic arts, Davis-Walker re-focused her area of expertise, turning it upon itself in order to examine the impact of the message in the medium. In her House + Wife Revisited series, Davis-Walker examines the impact of the message in the medium by combining her collection of household objects with antiquated advertisements. Through her retrospection, she amassed a collection of distinctly American things and ephemera that targeted “women in the home” over half a century ago. Utilizing various industrial decaling techniques, Davis-Walker creates collages on top of consumer goods that literally reunite message with object.

“It feels as if I am able to speak through the artwork with aspects of today’s society that really weren’t talked about so many years ago. It was visually shown, but it wasn’t acceptable as a society to address. I almost feel that I’m more than 60 years late, if you will, with presenting these conversation starters,” Davis-Walker explained.

Thompson Gallery curator Todd Bartel noted that simply making collaged sculptures was not enough for Davis-Walker. “She orchestrated the ensemble of works into an installation that sets her sculptures and collages into a period-specific architectural setting,” he said.

The floor of the Thompson Gallery holds a taped layout of a 1940s House-of-the-Month from the Monthly Small House Club (a national, 1940s-era club that advocated for improved home design, financing and construction) along which visitors may literally walk from room to room to encounter objects associated with each living space. “Gallery visitors can guide themselves through the world of yesteryear,” Bartel added.

During her residency at The Cambridge School of Weston in late February, Davis-Walker will work with students at the school to produce three works for the exhibition. A 1950s stove (“Amy’s Stove”), a pedestal sink (“Abby’s Sink”), and a refrigerator (“Libba’s Fridge”) will be transformed specifically for the show at the Thompson Gallery. “The titles of Davis-Walkers sculptures include first names as a way of personalizing the relationship between the ads that adorn the objects and the would-be people who owned and used such items,” Bartel says.

Evelyn Davis-Walker’s fine artwork is inspired by her career in graphic design. Davis-Walker studied Visual Communication and Computer Art at Otterbein University, earning a B.A. in 2000 and an M.F.A in Advertising Design at Marywood University in Scranton, Pennsylvania in 2007. She began her teaching career as a graphic design professor at Virginia State University before coming back to Otterbein to teach Communication Design and Art Foundations for eight years.

Since 2016, Evelyn has overseen the Graphic Design area of Valdosta State University’s Art & Design department. She has received numerous awards and has been exhibited widely in solo, group, and juried exhibitions throughout the United States. Evelyn’s work is part of the Fort Wayne Museum of Art and private collections around the U.S. Thompson Gallery is open from 9am until 4:30pm, Monday through Friday and by appointment. 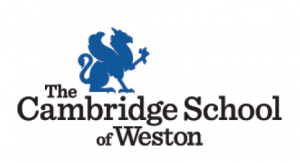