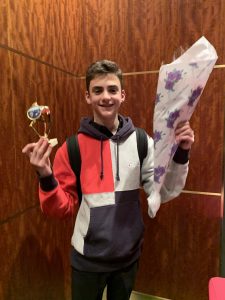 The Cambridge School of Weston (CSW), a progressive, coeducational, day and boarding school for grades 9–12, today announced that Noah Berz, a CSW ninth grader and Brookline resident, has won First Place in the prestigious Rondo Young Artists Festival, an international competition for musicians under 18 years old. In recognition of his achievement, Noah was invited to perform at Carnegie Hall as part of a winners’ concert earlier this month, where he played the Sonatensatz (the scherzo from the F.A.E. Sonata in C minor) by Brahms.

Based in New York, the non-profit Rondo Young Artist was established by successful concert musicians and music teachers to encourage young musicians to hone their craft and deepen their love of music. Noah’s win comes on the heels of another coup for students who study arts at CSW; fellow students earned 59 Scholastic Art & Writing Awards out of 350,000 entries from across the country.

Michael Weinstein is CSW’s Music Department Chair, and though he’s delighted by Noah’s accomplishment, he said the he is not surprised, “given the extent of his early musical training prior to coming to CSW. What I find so much fun to listen to is his clear concept of sound — when he picks up the violin, he already has an idea of how he wants the musical line to progress and always brings out some interesting nuance in the music that I hadn’t even considered. Innate musicality coupled with an excellent ear and real technique makes him an exception for a violinist his age,” Weinstein said. Click here to listen to and watch Noah’s rehearsal at Carnegie Hall. 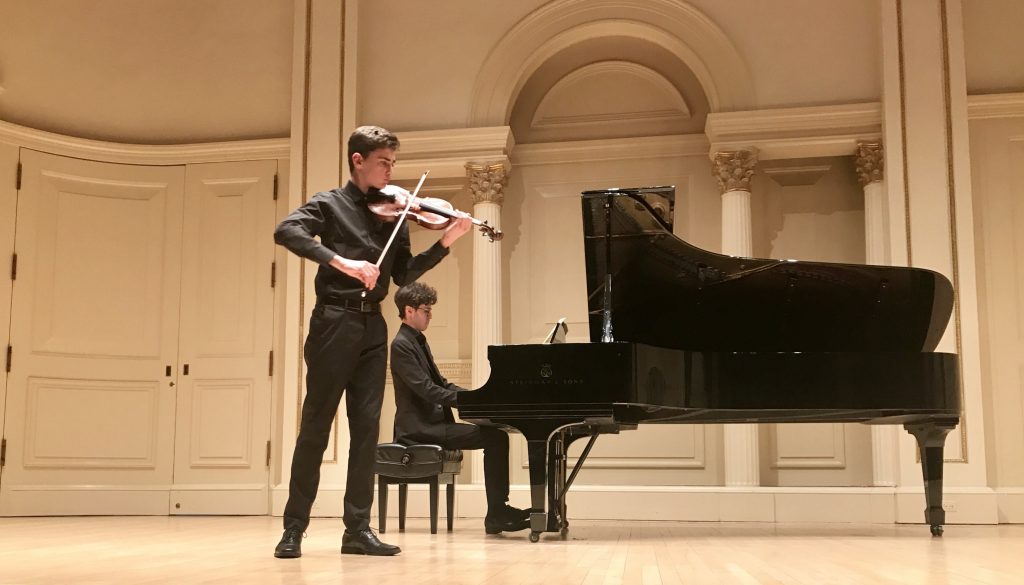