Freedom and Expression – A Parent’s Guide to Young Rockers 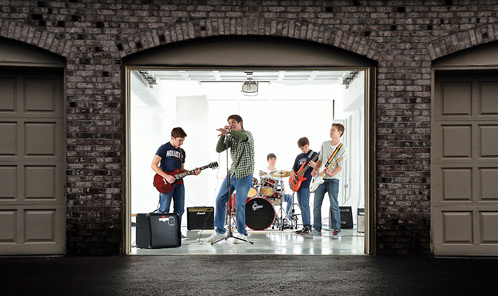 “Hey mom, you know that tall kid at school who plays guitar? He has a band and he wants me to be their singer!”

That’s what my son, Danny Lamere of Weston, said in 2007 when he joined the band The Keys. Back then he was a15-year-old freshman at Milton Academy and had only dreamed of being part of a rock band. Now 18 and graduating soon, Danny and his tall friend Andrew Beaudoin of Dedham, along with the rest of the guys in the band, are seasoned rockers in high school terms.

In four years, The Keys band has written original music, performed live at a number of venues to screaming fans, printed T-shirts with their logo, and raised money for charity gigs. But they were new to it once, and just like other creative kids right here in Wellesley and Weston, they had to figure out on their own what it takes to be a band. For the most part, they just needed a little support and encouragement to realize their dreams but, as a parent, I would have liked a little more guidance. 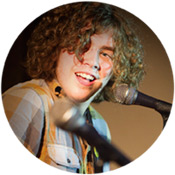 What I’ve come to learn is that there is a rock music community all around us, a nurturing collection of musicians, teachers, parents, and just nice people who want to help your child succeed at doing what he or she loves. What I’ve discovered is that you just need to follow a few simple steps.

You may have a young musician in your own home starting to rebel against his weekly piano lesson. If so, you aren’t alone. Many of the kids I talked to for this article started with piano and moved on to other instruments. Don’t despair; your investment won’t be wasted if you start by accepting their evolving musical choices. Susie Von Rosenvinge of Weston believes in supporting her son Perry’s interest in metal music even though it’s not her style: “We don’t want to push him into the music we think he should be playing. The best thing is to support any kind of music that they are into in the moment.”

A sophomore at Weston High School, Perry plays rhythm guitar and sings for the metal influenced, post-hardcore band Attraction to Tragedy (a modern version of Metallica with screaming). He understands that his parents are not necessarily in love with his choice of music: “They’re just happy I’m playing.”

Step 2: Invest in equipment and lessons

“You don’t need top of the line equipment to start. See if they are going to take it seriously and trade up later,” says Diane Young, founder and director of 12-year-old The Center for Arts in Natick (TCAN) Rock Off Main Street, and a parent of two professional musicians in the band War Tapes. Diane recommends getting lessons from a rock-oriented professional. “The lessons were a commitment, but I didn’t have to force it like piano lessons.” 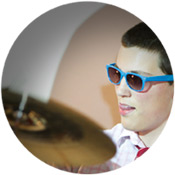 Nick Koutrakis, a freshman at Weston High School and lead guitarist in the band No Promises, says he has benefited greatly from lessons with his teacher from At Your Door Music, an in-home service. No Promises drummer James Mullany and rhythm guitarist Ross Taylor have been taking lessons for more than four years and Niko Kalemos, the band’s bassist, started piano lessons at the age of 10. At age 13, he picked up a bass guitar and is now playing both instruments, using them in his work with the band.

“Your kids will need a place to rehearse,” explains veteran rocker mom Diane. “If you want to be a part of this experience, having them play in your basement is wonderful. Be home, but stay out of it as much as you can.”

For kids who don’t know other musicians, Plugged In in Needham offers ensemble classes grouped by age, level, and skill. According to Sandra Rizkallah, co-founder of the non-profit Plugged In: “There are few opportunities for young musicians to find success. The Plugged In program offers teenagers community, an opportunity to connect with other musicians, and a place where they feel safe taking risks.” Kids meet for one and a half hours each week for 14 weeks. Lucy Rubin, a sophomore at Weston High School, started playing bass at Plugged In two years ago. Lucy enjoys her lessons and band group but points out that she’s “not in music to be a rock star.” 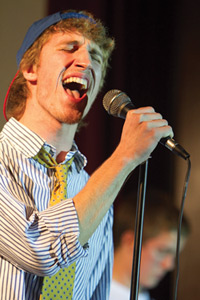 Step 4: Understand the importance of marketing

Whether a band wants to pursue fame in the music industry or not, marketing is important for getting exposure and relating to friends and fans. Attraction to Tragedy’s Ruthi Dubilo, a senior at Weston High School and manager and bassist for the band, explains that bands need to “promote, promote, promote!” She recommends that bands get connected on MySpace and Facebook. “Why would you play if you have no one to play to?” agrees Nick of No Promises.

Hip-hop artist Cam Meekins, a senior at Wellesley High School, sees marketing as essential. “The music business is 90 percent business and 10 percent music.” Last summer, Cam decided to pursue his music full-time and worked with Matty Trump, a Boston producer who engineered the hit “Just Like You.” In one week, Cam saw ten thousand hits on YouTube. Today, Cam has a full-time manager in friend Stu Porter, also a senior at Wellesley High School.

Most young bands don’t have their own manager, and Jeff Royds of New England Garage Bands feels that getting a support team in place is crucial to success. “I tell bands that are just getting going to try and stay away from the negative aspects of the business. Stay away from ‘pay to play’ clubs that won’t let you play unless you bring in an audience.” A musician who started in high school, Jeff recommends getting friends to help with marketing and using the free Web site he created to connect and share information. 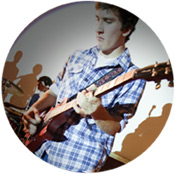 Step 5: Let them get creative

What is it about rock music that is so appealing to these kids? According to Danny who also sings classical and a cappella music at school, there is nothing like singing a rock song: “With rock you are totally free. There’s no way for you to think about anything besides the music.” Perry also enjoys the freedom that comes with playing rock music: “For me, playing music can be an escape. If I have a bad day, I can go play it out on my guitar. I can play what I want and no one can tell me what to do.”

“It’s almost indescribable,” says Cam about performing. “I try to make people have a good time. I feed off the energy from the crowd.” Alex Camp, vocalist for the band No Promises, has had similar experiences on stage. “It’s the best feeling in the world. I get a little nervous before I sing, but it’s a good nervous.” 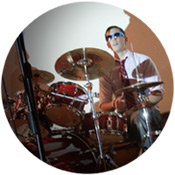 “Writing a song is really fun, but you want to write one you know the audience will like,” says Nick. Ruthi Dubilo believes that the band’s performance of a song in concert is as important as the song itself. “Most people who come to hear you play are not necessarily going to know your music. Your performance can really influence the crowd’s experience.”

While young performers differ in style and delivery, all agree that being in a band is like being part of a team. “Playing with a band is great. There’s a little while before you form your identity…until you get the chemistry. And once you get that, you start feeding off each other,” says Danny.

“It’s closer than a sports team because when you play a song or get up on stage, you can’t do anything without the rest of the band,” says Nick. Perry views the band experience in a personal way: “We are more like a family, the closest of friends.” For most bands, this closeness is critical to the creation of original songs.

“The thing people don’t understand,” says Diane of TCAN’s Rock Off Main, “is the writing of the lyrics itself is writing poetry. Music is such a great expression of their emotions.” She adds: “Young rockers don’t get the respect they deserve. The time commitment it takes for one song, let alone six or seven songs, is staggering. They have to write, practice, and find a place to play.” 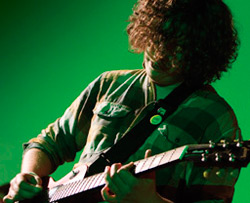 Step 6: Find them a gig and sit in the back

Where can an underage band play? All-ages venues and competitions are out there. TCAN’s Rock Off Main Street produces once-monthly gigs at their location in a former firehouse in Natick Center. New England Garage Bands sponsors “Rock the Planet,” an all-ages rock show at Lazer Zone in Marlborough on the last Saturday of every month and “YouthJAM!” is held four times a year on the Parish Hall stage at the First Parish Church in Weston.

Diane has seen more high school rockers in the last 12 years than anyone else in the area and she proudly explains that she’s never had a problem with anyone being disrespectful or destructive. “I think the kids get it. They are so appreciative to have a place to play.”

I think the parents get it, too. There’s nothing like the feeling of seeing your child succeed at something he or she loves. “Parents should always support their kids by showing up at concerts,” says Diane. “I think kids are really appreciative of having their parents there – even if they say they don’t want you.”

One word of caution though: You should know that your ranking as #1 fan is fleeting. Be prepared for the time when your support, any support, becomes stifling. Believe me, I’m there. When I interviewed my son for this article and asked if his parents had been supportive he said, “maybe too supportive.” He wouldn’t elaborate. Maybe it was the look of heartbreak on my face or maybe he decided he had said too much, but at that moment, I realized it was time for me to stop being the parent who sits in the front with the video camera and move to the shadows in the back of the room.

Step 7: Remember rock is all about freedom and expression

Links to the bands featured

Resources for Young Rockers and their Parents

At Your Door Music – In-home music lessons are available to Wellesley and Weston exclusively. Visit aydm.com or call 781.534.3259. 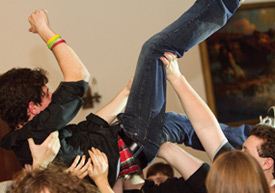 Plugged In – Rock music lessons and a summer rock camp that help kids create positive change through music are provided at their Dedham location. Visit pluggedinband.org or call 781.956.4281.

YouthJAM! – An all-ages concert for young musicians is held at First Parish Church in Weston four times a year. For information and to register, visit
allgen@firstparishweston.org.