Instead of the predicted gales, outside my bedroom window is a crisp summer morning. My foggy brain conjures up even better news: it is 6 a.m. on Saturday. Can I get in eighteen holes of golf and still be home before 10:30?

If I had made a tee time at a nearby public course such as Leo J. Martin, I could. But I had not. After all, rain was a sure thing. Even a membership at one of our loftier local golf fraternities, Pine Brook, Wellesley or Weston, would not help. No one there finishes by my self-imposed witching hour. So where can I go to play eighteen holes of golf and still be home in under five hours? To Nehoiden, of course.

Golf was introduced to Massachusetts next door to Wellesley College in 1892 by, appropriately enough, a woman. Florence Boit picked up the game in France and returned home to demonstrate it to her relatives, the Hunnewells. After laying out a seven-hole course on his estate for Florence, her uncle, Arthur B. Hunnewell, and his friend Lawrence Curtis, designed the original course at The Country Club in Brookline the following year.

Nehoiden’s origins date to the same period. “Members of the college community formed the original club in 1893,” says Martin Padley, editor of Nehoiden Golf Course and the History of Golf at Wellesley College: 1893-2005, and to this day, the course is owned by Wellesley College, with membership open only to residents of Wellesley, as well as college and town employees.

It is not certain where the first members played their golf, but in the sport’s early days it was common for golf clubs not to own the real estate on which their members played. St. Andrews in Scotland, the home of golf, is a public course where five private clubs play — each of them over 100 years old. “There may have been a course somewhere on campus, but we’re still trying to figure out if, when and where. You’ll have to read the book for that answer,” Martin continues. “What is certain is that golf has been played at Nehoiden’s current location since 1900,” meaning that Nehoiden is the oldest nine-hole golf course in America.

Originally known as the Wellesley Golf Club, Nehoiden settled on its current moniker, that of a 17th century Native American chief, in 1927. While it is short (par 72, 6,084 yards) compared to modern courses, Nehoiden is no pushover. (The back tees have a higher difficulty rating than Pine Brook’s white tees.)

Pulling into the parking lot, I discover the town’s highest and most raucous concentration of early Saturday morning humanity. An eclectic assortment of teachers, lawyers, doctors, entrepreneurs, tradesmen, and retirees, the producers of this cacophony, the Nehoiden Men’s Group, gather every Saturday and Sunday during the season.

Though the discussion is the playfully insulting sort that inhabits many first tees, the surroundings are quite different. For one thing, there is no clubhouse. Out of golf balls? No place to buy them here. Need a cup of coffee or a doughnut? You will find neither. Had your coffee already and now feeling the result? You are in luck…as long as you don’t mind the ambience of the Sani-Can.

Before teeing off, I chat with Jim Donahue, the club’s Membership Director. “We have 880 members, half of whom are town residents,” he tells me. I ask how difficult it is to get in. “Our waiting list has been closed for years,” Jim replies, “but there’s a good chance we’ll reopen it in 2005. Members who got in this year went on the list 10 years ago.” Jim likes the club’s egalitarian aspect. “You could end up playing with a Nobel laureate or a custodian.”

I say goodbye to Jim and join my foursome of Brian Jordan, Richie Howard and Jeff Miller striding off the first tee. Striding is the only means of transportation at Nehoiden. The motorized golf carts that infect American golf cannot be found here. “The old line clubs like Essex, Myopia, and The Country Club have only a handful of carts to encourage walking,” says Owen O’Malley, the Massachusetts Golf Association’s Competition Director and expert on such trivia, “but Nehoiden is the only place in the state I can think of where you just plain can’t ride.”

In the century since its inception, the course has undergone numerous small changes, mostly the lengthening of many holes, but the players of a century ago would readily recognize today’s layout.

After playing the first hole, there is nothing unusual about the next few, if you think it is normal to have out of bounds on both sides of the hole. This feature is not unique to these two, however; it happens on all but one of Nehoiden’s holes. There is probably not another course in the world that makes that claim.

Looking toward the first hole from the fourth fairway, I see yet another uncommon sight: women. (A woman playing early on a weekend morning at other local private clubs is about as common as Roy Switzler voting to spend money.) As befits a course owned by a women’s college, it happens at Nehoiden all the time. The distaff players on the first appear to include Joy Mitchell who, along with husband Joe, constitutes Nehoiden’s golfingest couple. She is also one of the mainstays of the Nehoiden Women’s Golf Association, a few dozen women who maintain a very active schedule, including competitions against Weston, Woodland, Brae Burn and Wellesley.
The College revived its own golf team four years ago, and is having some success. Led by All-Americans Vicki Lyo and Monica Sese, Wellesley won its own invitational tournament last year. Nehoiden is also home to a proficient Wellesley High School team. The Raiders posted a record of 14-2 in 2004. Of course, one of the team’s best players is a girl, junior Erin Boyle.

Continuing on, I come to Nehoiden’s most public hole. Sited just nineteen feet from Washington Street, the sixth green is the closest green to a highway anywhere in Massachusetts. It is also fifty feet below the fairway, completely obscuring the target for approaching players. Surprisingly, very few golf balls end up in the road as most players land the ball on the hill and let it roll onto the green.

The longest hole at Nehoiden, running 533 yards alongside Dover Road, is hole number nine. When I reach it, I stop to compliment Eric Sinisalo, head greens keeper, on the condition of the course. (He keeps the greens fast enough that a putt from above this hole is just as scary as anything on Weston’s thirteenth or Wellesley’s sixth.)

All of the grooming is done by just Eric and two helpers. Eric’s boss is Patrick Willoughby, the College’s Physical Plant Director. “Nehoiden consumes 2% of my time,” says Patrick, “it pretty much runs itself. We spend less than $500,000 annually on the course.” That figure pales in comparison to expenditures at other private courses. For the golfers, there is a great benefit to this parsimony: residents of Wellesley pay $1,200 annual dues, while college and town employees pay well under half of that. Guest fees are a bargain, too: $20 Monday through Thursday and $35 at other times.

Completing the first nine in less than two hours, we move to the first tee for our second loop. There are only twenty-nine cars in the parking lot at 8:15 on a morning that was built for golf. Though we play from the back tees, this nine moves as quickly as the first.

“What I like best about Nehoiden,” says Richie, who has played many of the world’s great courses, “is that it’s simple. You pull into the parking lot, grab your clubs and go. It’s golf the way it should be.” The only comparably simple places I can think of are the true hidden gems of the British Isles, places like St. Patrick’s in Donegal or Tobermory in Scotland.

No club house, no carts, trees in the fairways, out of bounds everywhere you look, and women playing on weekend mornings: Nehoiden is truly unique. I am happy to be able to play it, and equally happy to make it home by 10:00. 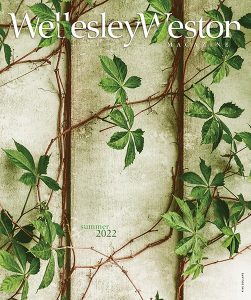