Don’t Let the Sun Go Down on Me 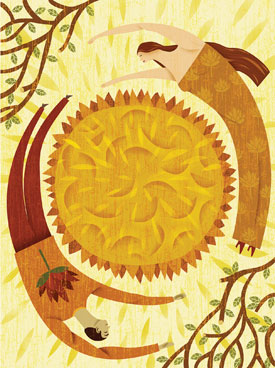 The winter solstice is nearly upon us—December 21 at 11:38 pm to be exact. Technically the solstice occurs annually at the moment when the Earth’s axial tilt is the farthest away from the sun. In the Northern hemisphere it marks the shortest day of the year. While the significance and meaning imparted upon the day varies across cultures, common themes include the power of light over darkness and the hope for the re-emergence of the sun.

For some New Englanders, the sun’s ebbing is accompanied by a difference in mood and energy level. As the days shorten, people often find themselves fighting the winter blues, feeling an overwhelming desire to crawl back into bed, or to eat just-one-more holiday cookie, despite an otherwise healthy and happy disposition during the rest of the year. What is the connection between these mood changes and the change of season? Quite possibly it is Seasonal Affective Disorder, also known as SAD.

What is now called Seasonal Affective Disorder was observed as early as the sixth century by the Roman bureaucrat and Goth scholar Jordanes, who in his Getica (an early history of the Goths), described seeing it in the inhabitants of “Scandza,” present day Scandinavia. This is not a surprising finding: in northern Scandinavia, a winter’s night can be quite long—up to three months in fact, interrupted only by the emergence of twilight at high noon. (The poor folks in Norway’s northernmost town, Hammerfest, have uninterrupted darkness for 1,500 hours. We can guess as to why the town bears that name.)

The first diagnosis in the United States came centuries later, in 1984, when one Dr. Norman Rosenthal observed an unexplained winter sluggishness in his disposition after relocating to New York from sun-drenched South Africa. Suspecting that light was a factor, Rosenthal experimented with varying levels of exposure to artificial light, and found that, indeed, sun exposure made a difference.

Subsequent studies have supported the link between light and SAD. Research suggests that SAD is more common in areas that are farther away from the equator. Surveys document SAD’s adverse impact on 20 percent of the residents of Ireland and 10 percent of the population in the Netherlands. How much of an impact does SAD appear to have in the United States? It follows the anticipated pattern. Rosenthal estimated that the prevalence of SAD in the adult population is between 1.5 percent in Florida and nine percent in the Northern United States. A milder form of SAD, subsyndromal SAD, impacts more than twice that many people across the country.

What is the link between light and mood? While the exact causal relationship has not been definitively established, researchers suspect that reduced sunlight can affect people’s circadian rhythm, melatonin levels, and production of serotonin, all of which can contribute to depression. SAD is generally thought to begin in young adulthood although several cases of SAD in children have been documented, particularly as they go through puberty. It is diagnosed more often in women, but woe to the men that have it, as their symptoms can be more severe.

What can you do if you suspect that someone you know may have SAD, or perhaps even yourself? Before you suggest putting your house up for sale and heading for the equator, consider that, in many cases, SAD and its milder counterpart can be quite effectively managed. Here are a few suggestions from heath care professionals, mental health specialists, and SAD-susceptible Northerners: 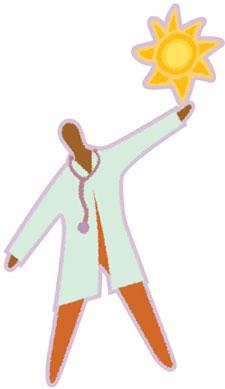 1. Celebrate winter. Get out and take in some sun whenever you can, especially in the dead of winter. Dress warmly and meet a friend to add connection and accountability to your effort. Make it fun: try cross-county skiing (the Weston Ski Touring Center is right around the corner), snowshoeing, or just take a walk through town taking care to avoid the ice patches.

2. Get exercise. If you don’t get outside, get to they gym. Although you may feel like climbing back into bed, don’t. Working up a sweat can do wonders in lifting your mood.

3. Let the light in. Maximize the light that we do have during the winter months. Open your shades and curtains. Cut back any overgrowth that may be hindering the sun’s rays through your windows. Turn off lights in rooms that you are not in, but turn them all on in the room in which you are.

4. Avoid carbohydrate loading. Fight the urge to throw in the towel and self-soothe with sugar and flour because it will actually make SAD symptoms worse. Instead, make a healthy meal and take the time to enjoy it. Set the table and use your nicest dishes. Light some candles. Listen to some light jazz.

5. Don’t allow yourself to feel isolated from others. Reach out and connect with friends. Make plans to meet for lunch or a walk and be sure not to cancel at the last minute.

6. Connect with others that have SAD. Join an online social community like www.patientslikeme.com to share insights and challenges with others who know how you feel.

7. Take a trip. Everyone generally feels better after a vacation, but people with SAD really do feel better if they can go someplace warm and sunny in the winter. If your schedule and budget allow, book a get-away now. It will also give you something to look forward to doing.

8. Purchase a full spectrum light. Although the Food and Drug Administration has not officially approved light therapy, many people swear by it. Light therapy works by mimicking outdoor light, which is much more intense than conventional indoor lighting. Some lights are designed to simulate dawn, waking people up gently and, for many, quite effectively. Other people find that they prefer to use full spectrum lights in late afternoon as the sunlight begins to fade.

9. Get a negative air ionizer. Think back to summer and how different and improved the air feels after a rainstorm or by the water’s edge or hiking in the mountains. In those moments and spaces there is a high release of negative ions that essentially cleans the air. Studies have shown that people become depressed when negative ion counts are low, which is quite often during the winter. In contrast, exposure to a high level of negative ions has been found to lift moods and energy levels. If you do go this route, do a little research first to make sure that what you purchase actually releases a substantial amount of negative ions in to the air around you.

10. Talk with a doctor. If you are not finding enough relief from the first nine of these ten steps, do not hesitate to contact your doctor. SAD can be a serious form of depression that can require the help of a trained professional. The Food and Drug Administration has approved several antidepressant medications that have been found to reduce the symptoms of SAD. Get help to fix any chemical imbalance and allow yourself the chance to enjoy the winter season.

In the end, remember that SAD does go away. SAD is a cyclic, seasonal challenge. As the days get longer and the signs of spring begin to appear, its symptoms will gradually fade and disappear. This may not be the case, however, for a small number of people who have reverse SAD, where manic symptoms occur during the summer months. In these instances, a trip to the Southern hemisphere may be in order, where the shorter days of winter there will help keep reverse-SAD in check.