Our Kids and Marijuana 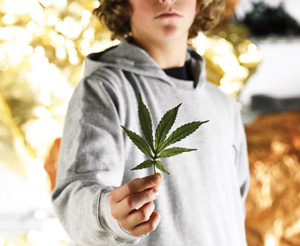 With the passage of the relatively new marijuana law in Massachusetts that went into effect in January of 2009 – a law that makes having less than an ounce of pot a civil and not criminal violation – you might expect that more teens are trying marijuana than ever. But according to recent survey numbers, that’s not what’s happening in our communities.

According to Scott Formica, a research associate at Social Science Research and Evaluation who has conducted extensive surveys for Weston High School, the number of kids who used marijuana in the last 30 days and those who said they ever tried it has stayed level or dropped.

The 2009 numbers show that 23 percent of Weston High School students used pot in the last 30 days and 33 percent tried it in their lifetime. These numbers, which are level to 2008 numbers, are both lower than state averages, which are 27 percent and 42.5 percent respectively. The early Weston survey numbers for 2010, while not finalized, actually show a drop in marijuana use.

Formica believes the law hasn’t changed that much for teens because besides paying a fairly low fine the law still requires that parents of teens be notified and kids must complete a drug awareness program. Plus, the penalties if kids are caught at school with marijuana haven’t changed. “Given that,” he says, “I don’t know if I would expect to see a spike in usage.”

Mitch Finnegan, the Director of Wellness Education for the Weston Public Schools who worked with Formica, says that he actually did expect to see a spike in marijuana use after the law passed and was pleasantly surprised with the survey results. He adds, however, that it’s important to note that “if any kids in our town smoke marijuana, it’s a problem … The good news from this survey is that the vast majority of kids don’t smoke it.” He adds that the most important statistic is whether kids have used marijuana in the last 30 days, and approximately 80 percent said they didn’t in the 2009 survey.

A Wellesley psychologist who practices half of his time with the Human Relations Service, a private, non-profit mental health agency serving Wellesley, Weston, and Wayland, Dr. Michael Furstenberg sees a large number of teenage patients. He says, “I don’t believe the law changes the way most kids look at marijuana.” But he cautions that the new law does “change the way kids who are already using pot look at it. I think they are more brazen and less worried. And the law makes them take marijuana use less seriously.”

Others are more concerned about the general effect of the law. Brian Spencer, the youth safety officer with the Wellesley Police Department who is the department’s liaison in the town’s schools, says he has definitely seen an attitude change. “Kids feel that marijuana is totally legal – which of course it’s not – and they think that makes it less harmful.” This is a misperception that Finnegan has heard as well. Spencer says he believes it will be years until the survey numbers change in response to teens’ attitudes. Like the majority of state government officials, including the governor and attorney general, Spencer thinks passing the law was an error. 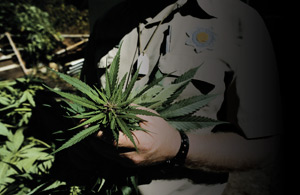 “This law sends a mixed message to kids. It used to be if a teen was caught with a joint, they would go to juvenile court where they could get the help they needed,” he adds.

While he says that while alcohol is definitely a larger problem than marijuana for teens in our communities – a perception shared by many others in Wellesley and Weston, including Dr. Furstenberg – he still sees pot use as problematic. “Just like they say this isn’t your dad’s Oldsmobile, this isn’t the same marijuana as what was smoked in the ’60s and ’70s. It’s much stronger.”

Spencer also says that pot, which can be laced with other more potent drugs, can be a “gateway” drug that leads kids to try harder drugs, such as cocaine. That’s often because smoking marijuana gives teens contact with people who sell drugs of all types.

It’s important to note that marijuana use seems under control in Wellesley and Weston high schools. Andrew Keough, principal of Wellesley High School, says in the three years he’s been in his job the issue of marijuana has only come up two or three times. While, he says, he expected to see more of a change when the law went into effect, he thinks this has a lot to do with kid’s attitudes toward school and their future success.

“Clearly, I think kids do marijuana, just not at school,” notes Keough. “The kids in Wellesley are a very driven population. They care too much about their futures to put things at risk. If you are suspended from school because of pot use – or any other reason – you have to report it on your common application for college. They feel the risk is just too great, and they don’t take chances at school.”

Anthony Parker, principal of Weston High School, also agrees with Keough. He says the rules of getting caught with drugs, including marijuana, at school are strict. Drug use can lead to expulsion from school. He notes the state laws may have changed, but at school the same rules still apply. He adds that he doesn’t think kids are willing to risk their education.

Parker says the Weston school district has been holding educational programs for parents and kids, as well as adding another youth counselor. “We are working with the school, parents, police, and clergy to make sure we’re all sending the same message about drugs to kids… It’s key to let kids know where the whole community stands.” 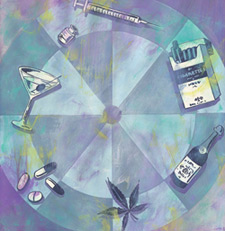 He also notes that they are trying to work with kids to send the message that there are better ways to deal with stress other than using alcohol or drugs. Performance anxiety in school is a major cause of stress and is a reason often given as to why local teens smoke marijuana.

An area youth now in college who spoke on condition of anonymity agrees with both Keough and Parker. “I was concerned that I would screw up my college applications. There was a lot of pressure to get good grades so I could go to the best college,” he says, although he did admit to trying marijuana in high school due to peer pressure.

Luckily, the Wellesley and Weston middle school systems are not seeing a big problem with marijuana, says Officer Spencer. Formica’s statistical evidence backs that up. “Only one percent of Weston middle school students had tried marijuana in the last 30 days according to the 2009 survey. And only 1.5 percent had tried it in their lifetime,” he says. Still, research finds kids are using marijuana at a younger age, and the earlier they start using, the more likely it will be that they’ll be more dependent on pot or other drugs as they get older.

It is specifically for this reason that the ideal time to talk to your child about drugs, such as marijuana, is when they are entering middle school. That is because, as Furstenberg says, “middle school children are in the process of transitioning from a ‘good boy/bad boy’ morality – one that is more oriented to their parents’ notions of right and wrong – to one that is more peer oriented.” He stresses that at this time it’s especially important for parents to support their teens’ individuality while at the same time empathizing with their wish to fit in.

The one thing most of the experts agree on is that parents play a very important role in if and when their children try marijuana. According to the Partnership for a Drug-Free America, two-thirds of youth ages 13 to17 say losing their parents’ respect is one of the main reasons they don’t smoke marijuana or use other drugs. So, ultimately the best thing parents can do is talk to their kids. 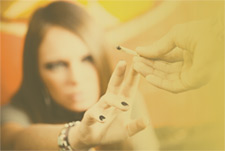 Marijuana Facts You May Not Know

• According to the National Institute on Drug Abuse, today’s pot is a lot stronger than it was in the 1960s and 1970s. Marijuana contains THC (tetrahydrocannabinol), and the THC content, which is now about seven percent, has been increasing since the 1970s.

• While most users still smoke marijuana in a cigarette called a “joint,” another method is to slice open a cigar and replace the tobacco with marijuana, making what’s called a “blunt.”

• Regular use of marijuana may increase cancer risks according to the National Institute on Drug Abuse. While it’s hard to be certain that pot use alone causes cancer because many users also smoke cigarettes, it’s known that marijuana smoke contains the same, and sometimes even more of, cancer-causing chemicals found in tobacco.

• Marijuana can negatively affect driving skills like alcohol. Using pot can make it hard to judge distances and react to signals and sounds on the road.

• Teenagers who use drugs are five times more likely to have sex than those who don’t.

How to Talk to Your Kids about Marijuana

•Nearly every expert agreed on one thing: Start early! While marijuana may not be a big problem in middle school, this is the age when most kids are exposed to pot. Officer Spencer suggested talking to kids around the age of 12 or 13. “You just can’t assume your kids won’t try marijuana,” he says.

• Look for opportune moments to talk. It could be any time, such as at the dinner table or in the car.

• Stress that you love them, and that’s why you are talking about drugs with them.

• Be honest. A lot of parents have personal experience with alcohol and drugs, says Dr. Furstenberg, and they are going to have to confront this issue at some point. According to an anonymous local college student, “If my parents tried pot, I would want to know. I would like the truth.” Ultimately deciding whether to tell a child that you experimented with marijuana is a personal decision and should be talked out with a spouse or partner before the question comes up. Some parents may choose not to disclose this information especially if talking to a younger teen who tends to see things more in black and white. One thing not to do, says Finnegan, is to romanticize or glamorize your previous drug use in any way.