WHJWC Anniversary Kicks Off By “Painting the Town” With Gold Balloons 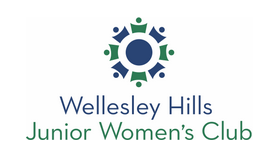 The Wellesley Hills Junior Women’s Club (WHJWC), which is celebrating its 75th anniversary, will kick off the year by displaying a gold balloon at the homes of all its members and sustainers in recognition of their contribution to the WHJWC legacy. On Tuesday, November 6, nearly 200 balloons will float throughout Wellesley to spread the word about this important milestone and to celebrate the generations of women who have worked side-by-side to make a meaningful difference.

In addition to the balloons, an anniversary banner also will be displayed along Weston Road.

The Wellesley Hills Junior Women’s Club invites all former members who have not joined as a sustainer to do so by going to www.whjwc.org. Sustainers will get the latest information about additional anniversary events going on in the coming year, including a gala celebration to be held March 1 at the Wellesley Country Club. They also can get complimentary access to WHJWC fundraisers, such as the upcoming Marketplace (http://www.whjwc.org/fundraisers/wellesley-marketplace/), which will be at Wellesley High School on November 17.

The Wellesley Hills Junior Women’s Club would like to thank its exclusive 75th anniversary kick-off sponsor, Hoffman Insurance. They would also like to thank corporate sponsors Brendon Properties, Needham Bank and The Teri Adler Group at Pinnacle Residential Properties, as well as community partner Roche Bros.