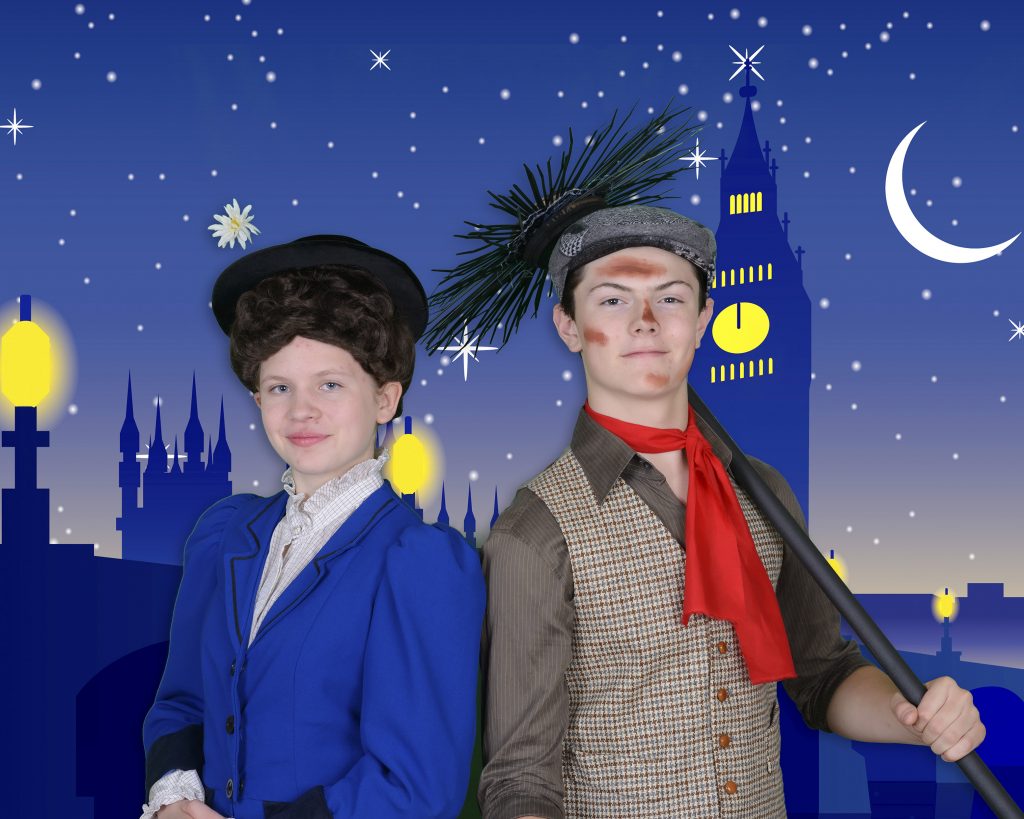 Based on the award-winning Broadway musical and classic Walt Disney film, Mary Poppins, JR. follows the troubled Banks family, in London in 1910. Young Jane and Michael Banks have sent many nannies packing- that is until Mary Poppins arrives on their doorstep. Using a combination of magic and common sense, your favorite, practically- perfect nanny, Mary Poppins takes the Banks family children on many magical and memorable adventures, but the children aren’t the only ones upon whom she has a profound effect. Even grown-ups can learn a lesson or two from the nanny who advises that “Anything can happen if you let it.

Mary Poppins, JR. features original music and lyrics by Richard M. Sherman, and Robert B. Sherman, book by Julian Fellowes, new songs and additional music and lyrics by George Stiles and Anthony Drewe, and co-created by Cameron Mackintosh. Mary Poppins, JR. is a musical based on the stories of P.L. Travers and the Walt Disney Film, and is produced through special arrangements with Musical Theatre International.

For more information about Mary Poppins, JR. or other Wellesley Theatre Project classes and productions, please visit us online or call 781- 235-1550.