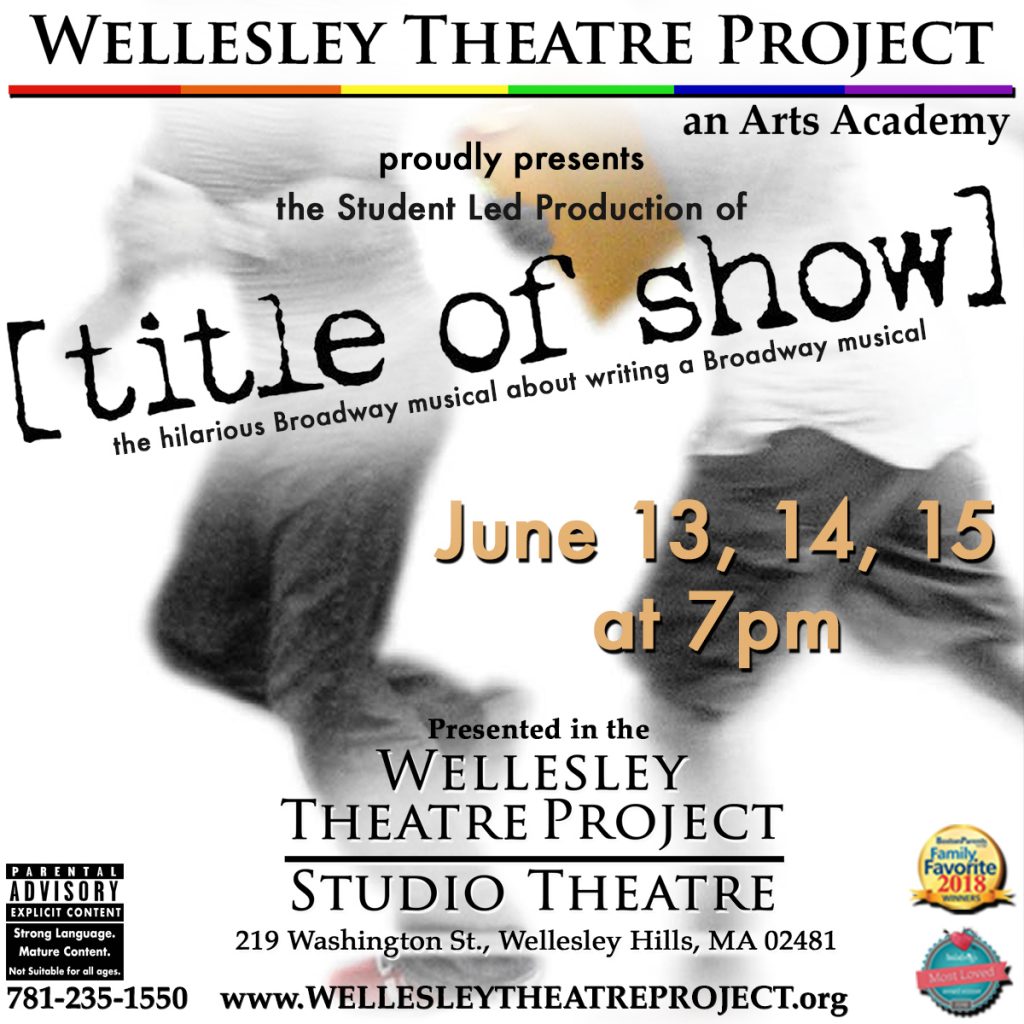 Wellesley Theatre Project (WTP) will present a student led production of, [title of show] June 13th, 14th, and 15th at 7pm. All performances will take place at The WTP Studios at The Wellesley Community Center, located at 219 Washington St, Wellesley, MA 02481. Tickets are general admission and are priced at $10. Tickets may be purchased online at http://wellesleytheatreproject.org in advance, or at the door.

Nominated for a Tony for Best Book of a Musical in 2009, [title of show] follows two struggling writers, Jeff and Hunter, as they hear about a new musical theatre festival. With a deadline for submissions is a mere three weeks away, and nothing to lose, the pair decides to try to create something new with the help of their friends Susan and Heidi. [title of show]—follows Hunter and Jeff and their friends on their journey through the gauntlet of creative self-expression. In the span of 90 minutes they write and perform their show at the festival and learn lessons about themselves as people, friends and artists.

For more information about [title of show] or other Wellesley Theatre Project classes and productions, please visit www.wellesleytheatreproject.org or call 781- 235-1550.