“Come OUT MetroWest”
a Celebration and Fundraiser 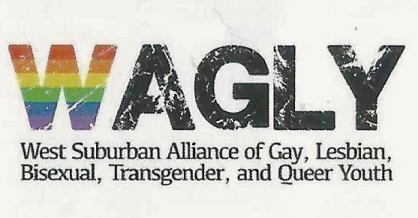 Musical entertainment provided by Will McMillan performing his “The Kid Inside”

A Coming OUT Party to celebrate a new independent organization and toannounce new initiatives in providing services for MetroWest GLBTQ youth.

West Suburban Alliance of Gay, Lesbian, Bisexual, Transgender, and Queer Youth (WAGLY) is pulling out all the stops, with a celebratory OUT-ing to reveal very exciting news about their future MetroWest activities, which include expanding their operations and programming within the MetroWest area.

Honorary chairs for WAGLY’s gala “Come OUT MetroWest” are Governor Deval L. Patrick, First Lady Diane B. Patrick, and Katherine Patrick. Congressman Barney Frank will be honored for his commitment to GLBTQ causes. Event sponsors include Greenberg Traurig LLP, Wells Fargo Advisors, the Kaufmann family and James Smith. Major in-kind support provided by Wellesley College. More details on “Come OUT MetroWest” in particular and WAGLY in general can be found at www.wagly.org.

The West Suburban Alliance of Gay, Lesbian, Bisexual, Transgender, and Queer Youth (WAGLY) was established to support the physical and emotional well-being of teens in MetroWest Boston by providing youth-led and adult-supported social and educational programs. Launched only three years ago as a program of the Unitarian Universalist Church in Wellesley, WAGLY has grown so large and has been so successful that as of July 1, 2014 it has become an independent “stand alone” non-profit organization.

Now serving high school age GLBTQ youth from 42 MetroWest towns, WAGLY hosts peer-led, adult-supported weekly meetings throughout the year, as well as special programs twice a month that are dedicated to addressing particular issues of concern to transgender and gender-nonconforming youth. Those issues can be as heart wrenching as bullying and isolation or as joyful as acceptance and friendship.

Massachusetts may appear to be a perfect place to live for GLBTQ youth. Marriage equality has been achieved and many high schools have gay-straight alliances, but even so, GLBTQ youth face challenges above and beyond those of their peers. They are more likely to be isolated, become depressed, abuse alcohol and drugs, and contemplate suicide.

WAGLY plans to increase its outreach and expand services to this particular geographic of GLBTQ youth, since many of these teens cannot readily get to their programs in Wellesley and the surrounding areas. And demographically speaking, the demand for WAGLY services is even growing among younger students, in particular those who are still in middle school.

“WAGLY is by design a safe setting that allows for discussion, education,friendship building, and stories of shared experience …the simple yet profound opportunity to hang out and talk with peers who are non-judgmental and accepting is sacred …”
(Wellesley Weston Magazine)