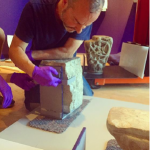 On September 28, 2016, the Davis Museum at Wellesley College unveils the Davis. ReDiscovered, a total transformation of the Museum’s permanent collections galleries, reshaped and reconceived to present the breadth and strength of the Museum’s encyclopedic holdings. This complete reinstallation project brings renewed attention to geographic and chronological specificity and context, while more than doubling the works of art on view. the Davis. ReDiscovered is
the most ambitious project of its kind since the Davis Museum building, designed by renowned Spanish architect Rafael Moneo, opened in 1993. The Davis building is the third home to the collection on campus. The Wellesley art collection, initiated with the founding of the College in 1875, was originally displayed in the Farnsworth Art Building, founded in 1889. 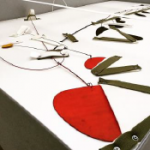 “Over three years in the making, the reinstallation demonstrates the pedagogical innovation, the bold approach to curatorial practice, and the aesthetic flair that distinguish today’s Davis,” said Dr. Lisa Fischman, Ruth Gordon Shapiro ’37 Director of the Davis Museum at Wellesley College.

Over three floors and eleven galleries, the Museum is more than doubling the number of works of art that will be on view from approximately 300 to more than 620 objects. In total, the Davis holdings have grown to include nearly 13,000 objects, with areas of strength in painting, sculpture, works on paper, photography, and decorative objects, from antiquity to the present day. 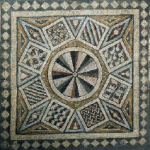 The Davis has been very active in collections growth over recent years, so in addition to highlighting well-known favorites, the new galleries will present recent purchases and gifts for the first time. For example, the recent acquisition of Kara Walker’s 2002, Nat Turner’s Revelation, an installation of projected light, painted glass slides, and a signature hand-cut silhouette, will be on view in the Freedman “Black Box” Gallery. This dramatic narrative installation was inspired by the life of Nat Turner, a self-made preacher born into slavery at the turn of the 19th century. 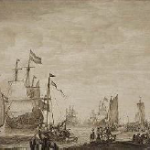 Newly refurbished and repurposed interstitial spaces at the core of the Davis building’s staircase create opportunities for unexpected encounter; designed to surprise and delight, three landings feature portraits of women whose “female gaze” encompasses the galleries in their purview. Other spaces present rotating selections from the Davis’s exceptional photography collection.

The lower level will continue to host temporary exhibitions, which in the fall include Partners in Design: Alfred H. Barr Jr. and Philip Johnson and Anni Albers: Connections. Throughout the newly installed galleries, visitors will 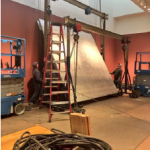 encounter stories of how objects came to the Davis and learn about the key directors, curators, scholars, educators, donors, and collectors who have shaped the collections and created a home for art at Wellesley College. This information is presented through traditional wall text panels, as well as via a new mobile app that provides online tours, mobile notifications based on a visitor’s proximity to an object, and way-finding tools.