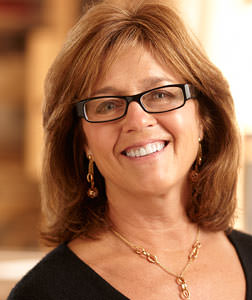 The American Red Cross of Central MA presented  Kim Goodnow with the Ambassador Award at their VIP Reception and Annual Meeting on Thursday, May 15. The Ambassador Award, the Red Cross’ most prestigious honor, recognizes the enormous gifts of time, talent and endless spirit that an individual has made to further the vision and mission of the American Red Cross of Central Massachusetts. Kim, who is also the President and Chief Culture Officer at Woodmeister Master Builders, has been involved with the Red Cross for the past 14 years and currently serving her second nine-year term on the Board of Directors of the Central Massachusetts chapter.

Mr. Barrios, who is now the CEO of the Red Cross of Los Angeles Region, discussed his experience in guiding volunteers and staff during multiple large disaster relief and recovery operations, including the 2013 Boston Marathon bombing. Mr. Barrios spoke to the compassionate presence of the Red Cross during such heartbreaking events.

Kim first began volunteering with the American Red Cross following the tragic events of 9-11.  Touched by the compassion and help provided by the Red Cross to those in need, Kim knew the Red Cross was the place she wanted to be to give back to her community.

Over the years, Kim has shared her passion for service and volunteerism with employees at Woodmeister Master Builders. She introduced a pilot program at Woodmeister called Ready When the Time Comes. Recognizing the need for Disaster Action Team responders to be available during business hours, the program allows trained employees to respond along with the Red Cross to local disasters (fire, flood, severe storm damage). The company offers paid time off to employees who are deployed to local disasters where they assist community members with their recovery.

Woodmeister also hosts several blood drives at Woodmeister throughout the year, encouraging its employees and community members to give the gift of life and provides CPR training for their employees, keeping their workplace safe. Kim also volunteers her time at fundraising events and is an Ambassador for youth programs in area schools.

About the Ambassador Award
This prestigious Chapter award honors an individual who devotes a significant amount of personal time, talent and endless spirit in assisting the American Red Cross of Central Massachusetts Board members and staff by providing guidance, support and strategic direction.  In addition, a recipient of the Ambassador award meets the following criteria:

Responding to hundreds of fires in the central MA region each year, the Red Cross and its force of volunteers, serve families who have faced personal disaster. The Red Cross provides food and shelter in emergencies, teaches lifesaving skills, trains nurses aides and certified nursing assistants, serve members of the Armed Forces by supporting them and restoring their family connections, and more. They also monitor storm damage, and serve as first-responders fighting brush fires, and provide shelter to those who have lost everything.

The chapter has strong roots in the Central Massachusetts community and deep relationships with the people that live there.

About Kim Goodnow
Kim Goodnow is both co-owner and Chief Culture Officer at Woodmeister Master Builders. Kim has been a driving force behind establishing many of the company’s internal policies and procedures. Kim started as the company’s first bookkeeper and office manager. For many years, Kim was Director of Human Resources. She implemented a company wide safety program through the company’s workers compensation provider to comply with OSHA regulations. She was also instrumental in securing a workforce training grant from the Massachusetts Department of Employment and Training (DET).

Her efforts (along with co-owner Ted Goodnow) to provide employees with a rewarding workplace, have been recognized by The Wall Street Journal’s Winning Workplace and the Boston Globe’s Top 100 Places to Work honors. These awards are bestowed onto companies whose workers are surveyed and interviewed about their training opportunities, career growth, and job satisfaction – all of which are influenced by Kim’s desire to help employees.

Kim also is active in the World Presidents Organization, Patriot Chapter New England, an organization that helps people and businesses to maximize their leadership journey through personal growth and development programs and opportunities.