Ben McMann, a third grader at Weston’s Country School, joins the Salem State University cast in The Grapes of Wrath based on the novel by John Steinbeck and adapted for the stage by Frank Galati.  Ben gives a stunning portrayal of Steinbeck’s character Winfield at the Callan Studio Theatre at Salem State University.

Director and Music Director Peter Sampieri states, “Why this play, why now?  To me The Grapes of Wrath, a story published in 1939 that Steinbeck based on real-life accounts of migrants recorded by the Farm Security Administration, couldn’t be more relevant.  We live in a world where 69% of the global population holds only 3% of global wealth.  And as  we watch the tragic events of the Syrian migrant crisis in Europe unfold, as we hear politicians turn people’s suffering into shallow talking points to win poll ratings, turning our gaze to an American epic that asks us to empathize with the poor and displaced not only seems useful, but necessary.”

Ben is the youngest member of a 26-person award-winning cast of actors and musicians that brilliantly bring this ambitious piece alive.  Together they poignantly showcase Steinbeck’s characters’ indomitable perseverance against all odds and in the face of every loss, which leaves the audience inspired and humming the folk music score long after the curtain falls.

Ben previously performed in Waltham at Reagle Music Theatre’s Fiddler on the Roof and Christmas Time  shows and has appeared in Hood Ice Cream, Intel, and Cape Cod Potato Chips commercials.  When he is not performing, he plays on Weston’s Youth baseball, basketball and football teams.

Remaining performances are December 10 – 12th at 7:30pm and December 13th at 2pm.  On December 10th there is a pre-show conversation at 6:30pm titled, “What makes poverty.”
Callan Studio Theatre is located at 352 Lafayette Street, Salem, MA 01970 and tickets are available at door or at: salemstatetickets.universitytickets.com 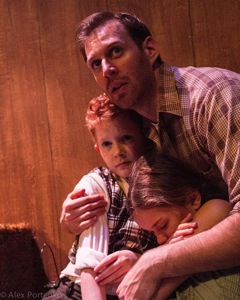 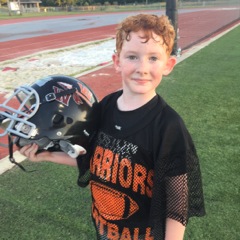