An Interview With Colin Lualdi: A Princeton Graduate, Research Physicist, and Entrepreneur Who Is “Deaf”-With a Capital “D” 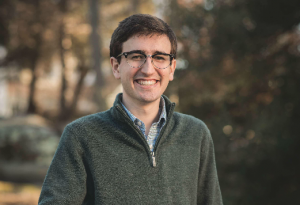 By the time Colin Lualdi was two months old, his parents suspected that he had some kind of hearing loss and mentioned it to the pediatric nurse practitioner. The nurse assured Danielle and Paul that Colin was developing just fine. They were just overly concerned first-time parents.

Convinced that their instincts were right, Danielle and Paul conducted their own “creative hearing tests” and shared their findings at Colin’s four-month visit. The pediatrician referred them to an audiologist and formal testing revealed that Colin was completely deaf. The Lualdis were stunned. They had been prepared for news of mild, not profound hearing loss… We interviewed him to learn more about how he sees himself and what he does to thrive.

Read the entire interview in the Digital Edition of the Summer 2017 Issue of WellesleyWeston Magazine.