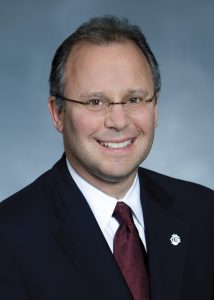 John Green named Chairman of the Board of Governors of GIA

John Green, president and CEO of Lux Bond & Green Jewelers, was named Chairman of the Board of Governors of GIA (Gemological Institute of America).  John has served on the GIA board since 2008, and on the executive committee and as chair of the laboratory committee since 2010.

Lux Bond & Green, a family-owned jeweler established in 1898, has eight stores in Connecticut and Massachusetts employing over 100 professionals. GIA is a worldwide public benefit institute employing more than 2000 staff and operating in 14 countries in North America, Europe Asia and Africa. GIA’s mission is to ensure the public’s trust in gems and jewelry through research, education and laboratory services.

John graduated from GIA with a Graduate Gemologist (GG) diploma in 1979 and became an American Gem Society (AGS) Certified Gemologist in 1980. He is a fourth generation jeweler and has spent his career in the jewelry and watch industry. John has served as chairman of Jewelers of America, the industry’s national trade organization and currently sits on the boards of Jewelers for Children, the Travelers Championship Foundation, Saint Francis Hospital Foundation and the Connecticut Business and Industry Association.