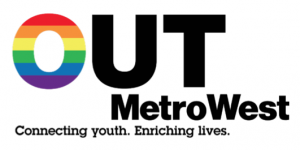 A year after launching its Nexus program for LGBTQ and allied middle school youth in Framingham, OUT MetroWest is adding a second meeting site for the program. Nexus is an educational, social, and supportive program for sixth, seventh, and eighth graders. Developed to meet the specific needs of LGBTQ young teens, Nexus routinely draws between 15 and 20 youth to its monthly meetings in Framingham. The additional meeting will be held on the fourth Wednesday of each month at the Eliot Church of Newton on Centre Street.

Julie Blazar, OUT MetroWest’s director of programs and communications, explains, “Youth travel to Nexus from all over eastern Massachusetts. It’s not unusual for us to have youth from Winthrop, Framingham, and Maynard in the same meeting. We’re offering a second meeting site in Newton because youth shouldn’t have to travel so far to be themselves.”

Nexus Framingham meets the second Wednesday of each month at First Parish Framingham. Attendance at meetings has been robust, in part due to a concurrent meeting for parents, families, and friends of LGBTQ people that is held on-site. Led by Greater Boston PFLAG, this meeting offers parents and caregivers support while their children attend Nexus. The Newton site also will include a concurrent PFLAG meeting. “Greater Boston PFLAG is honored to continue offering critical services to the community in conjunction with OUT MetroWest. By coming together, our organizations are able to support both parents and their children simultaneously,” says Tom Bourdon, Greater Boston PFLAG’s executive director. OUT MetroWest’s executive director Jack Patrick Lewis agrees: “Something powerful occurs when we team up to serve LGBTQ youth and their families at once.”

Nexus was created in response to community requests for a program for young teens. Nexus is run by trained facilitators and seeks to balance the social, emotional, and educational needs of participants. Past programs include arts and crafts, stress management techniques, board games, and a workshop on healthy relationships. Facilitators plan to vary programming between the Framingham and Newton sites so that youth may attend either or both meetings each month. Meetings will be held from 6:30 to 8:00 p.m., and pizza will be served.