Creating Powerful Possibilities for Patients in the Fight against Ovarian Cancer

Local leaders in the fight against women’s cancers and physicians from the Dana-Farber Cancer Institute will share the latest research and developments in the fight against ovarian cancer at an upcoming luncheon discussion in Wellesley.  While many advances have been made in detecting different types of cancers in recent years, ovarian cancer remains very challenging to detect in its early stages and tragically lethal when eventually diagnosed.  The disease is expected to claim the lives of more than 14,000 women in the U.S. this year alone and the five-year life expectancy for a woman diagnosed with the disease today is only 44%.

The discussion will be led by Dr. Ursula Matulonis, head of Dana-Farber’s Gynecologic Oncology program, and will focus on the need for a paradigm shift in the way that ovarian cancer is approached in order for lives to be prolonged and new drugs to be developed.   The Executive Council of the Susan F. Smith Center for Women’s Cancers at Dana-Faber, a group of more than 45 local women dedicated to eradicating breast and gynecologic cancers through education, advocacy, and fundraising, will host the November event for an audience of more than 250 area women. 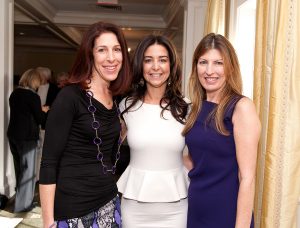